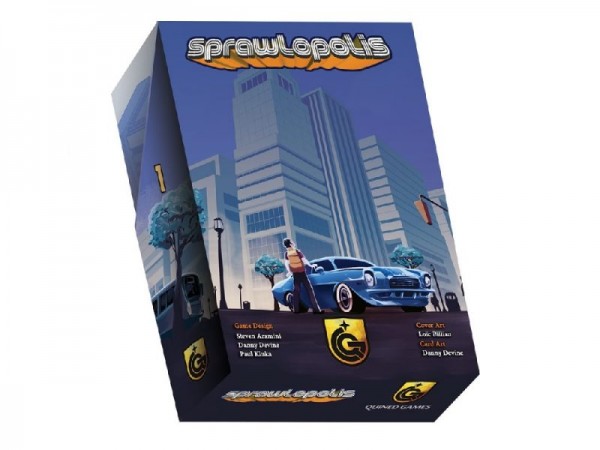 Beschreibung
Beschreibung
Sprawlopolis is a cooperative card-drafting and city-building game for 1 to 4 players in... mehr
Menü schließen
Produktinformationen "Sprawlopolis"

Sprawlopolis is a cooperative card-drafting and city-building game for 1 to 4 players in which you build a new city from the ground up. The game uses only 18 cards, but makes use of a variable scoring system. This is since 3 of the 18 cards are randomly selected at game start, and their backs determine specific scoring for that game. No game will ever be the same! Goal of each game is to build a city with areas as large as possible, without building too many separate roads. Variable scoring adds 3 more mechanics to score points. The game is played in only 15 to 20 minutes, which makes it a great filler.